In this contemporary romance with a bit of magic, chronic overachiever Prudence Daniels is always quick to cast judgment on the lazy, rude, and arrogant residents of her coastal town. Her dreams of karmic justice are fulfilled when, during a night out with her friends, she slips on a spilled drink and hits her head, only to wake up with the sudden ability to cast instant karma on those around her. Pru giddily makes use of the power, punishing everyone from public vandals to karaoke hecklers, but there is one person on whom her powers consistently backfire — Quint Erickson, her slacker of a lab partner and all-around mortal enemy. Over the course of a summer, Pru begins to uncover truths about Quint, her peers, and even herself that reveal how thin the line is between virtue and vanity, generosity and greed… love and hate.

Date Me Like You Mean It by R.S. Grey | November 5

I’m good at hiding my feelings.
Having to pretend I’m not in love with my best friend?
Pfft. That’s child’s play.
Here’s how I do it: I avert my eyes when he walks out of his room, shirtless in all his toned glory. I squash the butterflies that fill my stomach every time he slowly unfurls a dimpled smile. And, most importantly, I keep an arsenal of “personal massagers” in my bedside drawer. Wink.
Not to brag, but Aiden Smith isn’t hard to resist if you’ve been doing it for as long as I have. In fact, we might have continued as best friends forever if not for the fact that I needed him to play the part of my fake boyfriend.
Date me like you mean it, I told him. Nudge nudge. C’mon, just go along with a little lie, help a girl out, and then we can all return to life as we know it.
Except he veered from the plan.
He crossed the line.
Flirting with me when no one else was around? Pinning me down and kissing me like that? Okay, how exactly is taking off my bra part of the ruse, Aiden?!
I’d ask him about it if I could, but well…things got ugly and we’re not best friends anymore.
In fact, we’re the exact opposite.
Now, I have to play nice even though I want to crush his heart in the palm of my hand.
Pretending not to love Aiden was the easy part.
Pretending not to hate him?
Well…I might need a little more practice.

I thought the scenery would be the highlight of my working trip to Scotland, then a dark-haired, kilted Highlander walks into the bar.
That swoony Scottish accent.
Dark eyes and a sexy smirk.

Would anyone blame me for a quick holiday romance? Except if I want to keep my job, Ewan is off limits. I need to lock down my lust.

For a former poor kid who’s used to deprivation, this should be easier.

But my cocky Scot doesn’t agree, and he’s hell bent on changing my mind.

Cocky Kilt is a cute and steamy romp between a New York lass and a determined Scot. Expect sexting after dark and a love-conquers-all happy ending.

Written in the Cocky Hero Club world, Hailey, our heroine, is first featured in Park Avenue Player by Vi Keeland and Penelope Ward. 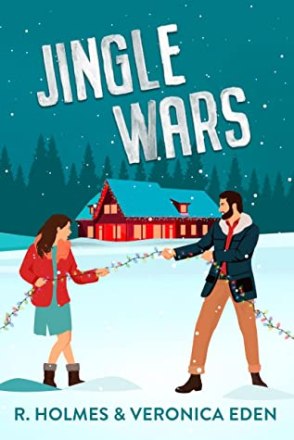 Two inns, one town, and there’s not enough room for the both of them.

Add in a reindeer-ish donkey, a Christmas competition, and a rivalry to end all rivalries and you’re bound to end up in disaster, right?

Finn Mayberry has enough on his plate trying to keep his Grandparents inn afloat. The last thing he needed was some California state of mind starlet bulldozing into his town and throwing up a five-star resort right next to his family’s inn.

But, now she’s here and he can’t get her out of his town or his head.

Freya Anderson took one look at the snowcapped mountains of Hollyridge and fell in love. She’s finally here and ready to take on the task of proving to her father that she can handle running Alpine.

She never expected to make enemies with the sinfully delicious lumberjack of a man who runs the inn next door. He’s moody, impossible and completely off limits.

There can only be one winner, but you know what they say. All is fair in love and… Jingle Wars?

To All the Boys I’ve Loved Before meets The Farewell in this incisive romantic comedy about a college student who hires a fake boyfriend to appease her traditional Taiwanese parents, to disastrous results, from the acclaimed author of American Panda.

Chloe Wang is nervous to introduce her parents to her boyfriend, because the truth is, she hasn’t met him yet either. She hired him from Rent for Your ’Rents, a company specializing in providing fake boyfriends trained to impress even the most traditional Asian parents.

Drew Chan’s passion is art, but after his parents cut him off for dropping out of college to pursue his dreams, he became a Rent for Your ’Rents employee to keep a roof over his head. Luckily, learning protocols like “Type C parents prefer quiet, kind, zero-PDA gestures” comes naturally to him.

When Chloe rents Drew, the mission is simple: convince her parents fake Drew is worthy of their approval so they’ll stop pressuring her to accept a proposal from Hongbo, the wealthiest (and slimiest) young bachelor in their tight-knit Asian American community.

But when Chloe starts to fall for the real Drew—who, unlike his fake persona, is definitely not ’rent-worthy—her carefully curated life begins to unravel. Can she figure out what she wants before she loses everything? 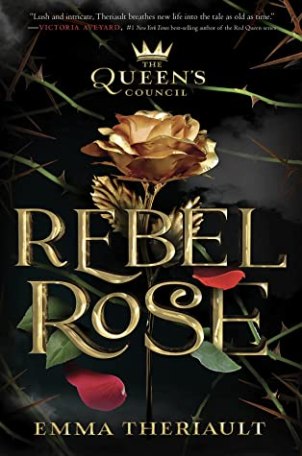 Happily ever after is only the beginning as Belle takes on the responsibility of becoming queen and learns to balance duty, love, and sacrifice, all while navigating dark political intrigue—and a touch of magic.

It’s 1789 and France is on the brink of revolution. Belle has finally broken the Enchantress’s curse, restoring the Beast to his human form and bringing life back to their castle in the province of Aveyon. But in Paris, the fires of change are burning, and it’s only a matter of time before the rebellion arrives on their doorstep.

Not so very long ago, Belle dreamed of leaving her provincial home for a life of adventure. But now she finds herself living in a palace, torn between her past as a commoner, and her future as royalty. While Belle grapples with her newfound position, there are those who would do anything to keep her from power.

When she stumbles across a magic mirror that holds a dire warning, Belle wants nothing more than to ignore the mysterious voice calling her to accept a crown she never desired. But violent factions of the revolution may already be lurking within her own castle, and doing nothing would endanger everything she holds dear. With the fate of her country, her love, and her life at stake, Belle must decide if she is ready to embrace her own strength–and the magic that ties her to so many female rulers before her–to become the queen she is meant to be.

Rebel Rose is the first in the Queen’s Council series, an empowering fairy tale reimagining of the Disney Princesses-and the real history behind their stories-like you’ve never seen before.

I don’t want you.
You mean nothing to me.
I never loved you.

I turned my words into swords.
And I cut her down. Shoved the blade in and watched her fall.

I said I’d never hurt her, and I did.

Years later, I’m faced with all the little lies, the untruths, the false realities, the damage I inflicted, when all I wanted was to indulge my obsession.

Lavender Waters is the princess in the tower. Even her name is the thing fairy tales are made of.

I used to be the one who saved her.
Over and over again.

But I don’t want to save her anymore.
I just want to pretend the lies are still the truth.

Hero: Kodiak (Kody) Bowman (Rook and Lainey Bowman’s son, A LIE FOR A LIE couple origin, All In Series )

Perfect for fans of The Last Magician and Descendant of the Crane, this heart-stopping debut is an imaginative Romeo and Juliet retelling set in 1920s Shanghai, with rival gangs and a monster in the depths of the Huangpu River.

The year is 1926, and Shanghai hums to the tune of debauchery.

A blood feud between two gangs runs the streets red, leaving the city helpless in the grip of chaos. At the heart of it all is eighteen-year-old Juliette Cai, a former flapper who has returned to assume her role as the proud heir of the Scarlet Gang—a network of criminals far above the law. Their only rivals in power are the White Flowers, who have fought the Scarlets for generations. And behind every move is their heir, Roma Montagov, Juliette’s first love…and first betrayal.

But when gangsters on both sides show signs of instability culminating in clawing their own throats out, the people start to whisper. Of a contagion, a madness. Of a monster in the shadows. As the deaths stack up, Juliette and Roma must set their guns—and grudges—aside and work together, for if they can’t stop this mayhem, then there will be no city left for either to rule.