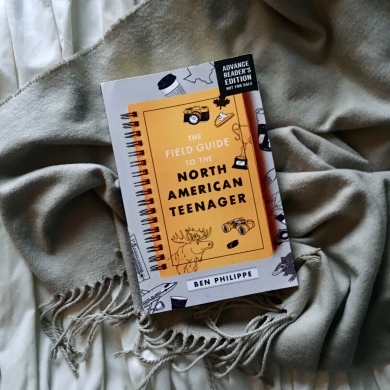 Norris Kaplan is clever, cynical, and quite possibly too smart for his own good. A black French Canadian, he knows from watching American sitcoms that those three things don’t bode well when you are moving to Austin, Texas. Plunked into a new high school and sweating a ridiculous amount from the oppressive Texas heat, Norris finds himself cataloging everyone he meets: the Cheerleaders, the Jocks, the Loners, and even the Manic Pixie Dream Girl. Making a ton of friends has never been a priority for him, and this way he can at least amuse himself until it’s time to go back to Canada, where he belongs.

Yet, against all odds, those labels soon become actual people to Norris. Be it loner Liam, who makes it his mission to befriend Norris, or Madison the beta cheerleader, who is so nice that it has to be a trap. Not to mention Aarti the Manic Pixie Dream Girl, who might, in fact, be a real love interest in the making. He even starts playing actual hockey with these Texans.

But the night of the prom, Norris screws everything up royally. As he tries to pick up the pieces, he realizes it might be time to stop hiding behind his snarky opinions and start living his life—along with the people who have found their way into his heart.

Review: This book had me hooked from the first page! It has razor sharp writing that’ll make you crack more than a few smiles. The plot revolves around a black French Canadian teen who has to navigate high school life in Texas where everyone seems to hate him.

Norris Kaplan has no filter; he always says whatever is on his mind, but it’s mostly filled with sarcasm and grade A snark. He’s about as judgemental as they come, and he’s not sorry for it. When he arrives at his new school, he gets this journal that he decides to use to observe his high school experience. Norris jots down every thought he has and it basically becomes his own personal burn book. He is definitely creative, I’ll give him that.

Between the nasty cheerleaders and jocks, Norris doesn’t really know where he fits in. This book is about him kind of finding his niche. He does make some friends eventually and there’s even a little romance in the mix, and there is no lack of drama.

You could call this story a classic boy meets girl, but it’s so much more than that. It’s about a teen who has to realize that it’s not the world that needs changing, it’s his attitude. Norris has never really been good at feelings, so when he goes on his long rants he doesn’t seem to notice how self-absorbed he is. Basically, everything comes back to bite him.

This story is a must read for lovers of Simon vs. the Homo Sapiens Agenda and Darius the Great is Not Okay. The writing is incredible and I can’t wait to read more from this author. While the story itself is mildly predictable (as far as cliché high school experiences go), the ending is so refreshing!