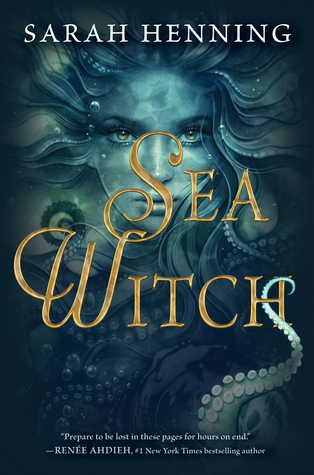 Everyone knows what happens in the end.
A mermaid, a prince, a true love’s kiss.
But before that young siren’s tale, there were three friends.
One feared, one royal, and one already dead.

Holy. Freaking. Hell. This is a retelling of Hans Christian Andersen’s The Little Mermaid, but in reverse, from the villain’s POV. I have a secret obsession with the older fairy tales because I love how dark they are. Sure, Disney does an amazing job bringing us the happily-ever-after versions that we sing along to, but the original versions are amazing. This being the origin story for who we now call “Ursula”, or the Sea Witch, is extremely exciting. I feel like she is such an underrated character and I can’t wait to see how this version of her is portrayed and how she came to be “evil”. There are so many great books about sirens out there, but not many sea witch-related ones. Bring on the betrayal, magic, and inevitable heartbreak!

One thought on “Waiting on Wednesday”