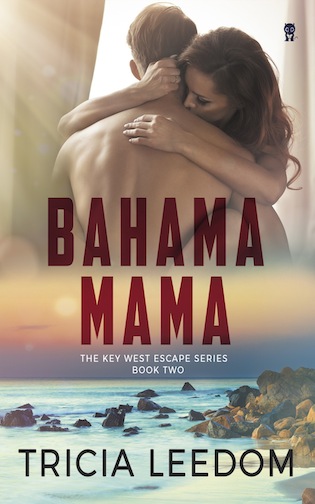 Perfect for fans of Susan Elizabeth Phillips and Janet Evanovich, this action-packed sequel to Rum Runner from a fresh voice in contemporary romance offers a sexy and comedic take on love, adventure, and what it means to trust your heart.

Troubles are piling up for Molly MacBain. Between navigating the moods of an increasingly sassy teenage daughter, battling mounting financial difficulties, and dealing with her daughter’s deadbeat dad, Molly certainly doesn’t need any more stress in her life. But when she learns that her best friend, Sophie, has been keeping a huge secret from her, she’s beyond bowled over. Apparently, Sophie’s soon-to-be brother-in-law is Molly’s idol, country music superstar Anders Ostergaard and after years on the country music circuit herself, Molly can’t help but have a fan-girl moment when she finally meets him.

Anders flies to Key West to attend his brother’s wedding and keep a low profile after a Vegas scandal makes him a tabloid target. Usually, he has a strict rule about getting involved with fans, but Molly MacBain’s sharp wit and refreshing openness draws him in like no one has before.

But romance and flirting take a backseat when Molly’s daughter witnesses a murder and winds up in Jamaica. Anders offers Molly the use of his private plane to bring her home and together, they set off for Montego Bay. Between racing against her ex’s impending visit and the hitman hunting for the witness to his crime, both Molly and Anders are completely unaware they’re being stalked by an even greater danger.

In the sultry Caribbean, Anders and Molly discover when a man who’s sworn off love and a woman who guards her heart can’t keep their hands off of each other, something’s gotta give. If their luck doesn’t run out first.

TRICIA LEEDOM enjoys traveling to exotic destinations and having torrid love affairs with hot, dangerous men… even if it’s only in her own mind. When she’s not writing romantic adventure novels, she reads voraciously, tweets compulsively, and fangirls over a TV show based on her favorite book series. Tricia earned her BA in Creative Writing from The University of Tampa and her MFA in Writing Popular Fiction from Seton Hill University. Her favorite authors include Diana Gabaldon, J.R. Ward, Susan Elizabeth Phillips, Karen Robards, and Johanna Lindsey. She lives in Southwest Florida with two very spoiled dogs. Follow Tricia on Twitter and Instagram @tricialeedom