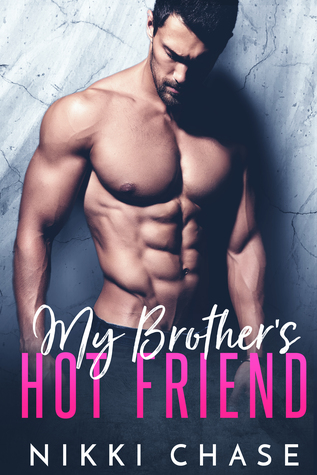 I’ve loved him for as long as I can remember.
Now he’s back, and I’m finally old enough for the ride of my life.
Gabriel Kent was driven out of town 8 years ago because of my family.
And if he knew who I was, he wouldn’t have anything to do with me.
So I can’t tell him now… can I?

I used to scribble his name all over my notebook, surrounded by little hearts. He treated me like his own sister, but I wanted more. I wanted to have his last name and wear his ring on my finger.

Then tragedy struck, and he had to leave the country. All because of my family.
Now he’s back. Older, wiser, and hotter–and an accomplished doctor, too.

Something magical happens: he finally sees me as a woman, and not the girl he left. I sense desire in his hungry gaze, and his dominant, intoxicating touch.

But that’s only because he doesn’t recognize me.

The way he undresses me with his eyes under the moonlight… I can’t break the spell and tell him the truth.

It’s okay if I don’t tell him, right? It’s only for one night. He’s made it clear he doesn’t do relationships, and I just want him to be the one to take my virginity.

Except one night turns into two, and then three, and then I’m so in over my head that I don’t know what to do. I think I’m screwed, but not in the good way.

Nothing is going to be the same when I finally come clean.

Review: I’m going to be honest, this book is not what I was expecting after reading the synopsis. I feel like everything happened to suddenly and there was nothing really hooking me. There were so many pacing issues and I struggled to find where exactly everything fit together. Sure, the beginning was a good start, but then everything kind of went downhill from there. Somehow, the chemistry was lost in the confusing subplot of family drama. Don’t get me wrong, I still enjoyed the moments between Gabe and Jacqueline, but it felt like they were disconnected from everything else. What I expected was a classic forbidden romance where the family finds out and then they break up, get depressed, move on, and find each other again. This was almost a sad attempt at recreating Cinderella, where Gabe doesn’t recognize Jackie except she doesn’t leave anything behind for him to find her. There is no glass slipper in this tale. Also, the “tragedy” mentioned in the synopsis is not what I was expecting and it could have been handled a lot differently. I would have also preferred to stick to Jackie and Gabe’s POV’s as well, instead of diving into the head of a character who we never even meet. This book ended up being more dark and twisted than anything and focused less on the romance and more on past dramas and family feuds.