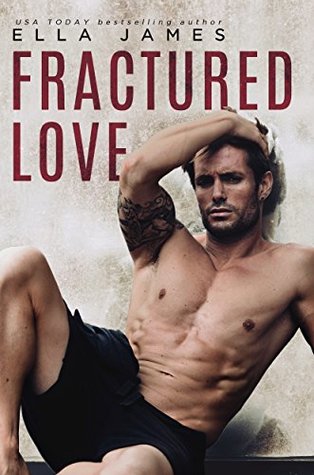 I was sixteen when he came to our house. Landon Jones, a boy with nothing, from nowhere. He had cinnamon hair and grey eyes—light blue, just like mine. When we went out as a family with my foster brother, people asked if Landon was my twin. He wasn’t. That year, we found out how much he wasn’t. When my parents caught us, they threw Landon out like trash.

Now I’m twenty-seven, a soon-to-be surgeon, like my mom and dad. I know residency is going to kick my ass, but I had no idea that it would rip my heart out, too. Not until I see him—Dr. Jones.

Review: Oh. My. God. Paging Dr. Landon Jones! My heart was pounding from start to finish. This book was basically a natural disaster (in the best way, of course). Falling in love with your foster brother and then being reunited years later? *Cue swoon* Not to mention, Landon James has BAD BOY written all over him! Who doesn’t love a bad boy? Evie and Landon were basically written in the stars, and I love it. After Landon was kicked out, my heart broke, and I barely had time to recover before the book did a time jump and e was back in the picture. Well played, Ella James, well played. This book is basically Grey’s Anatomy on steroids with a touch of Nicholas Sparks thrown in and I couldn’t put it down. The drama had me turning the pages like a madwoman, and the chemistry between Landon and Evie was just epic, even after ten years apart. Their story is basically every hopeless romantic’s dream and the perfect twist of fate.