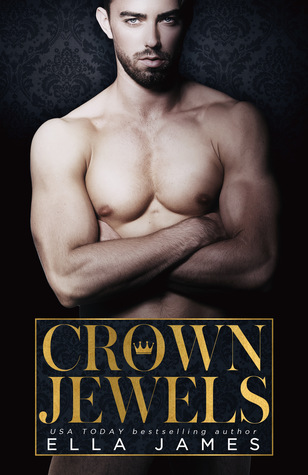 After that close-up of his package on the sailboat in Morocco, TMZ started calling him Crown Jewels.

Not that I keep track of Prince Liam. Definitely don’t stalk him online like my friends do.

I’m out of that scene now. My family’s reality show might still be running, but I’ve been off-screen for a while. When people pass me on the sidewalk, they might squint, but most of them don’t scream “Lucy Rhodes” and ask about my love of Lucky Charms or how my broken toe healed.

Prince Liam—my stalking his Instagram—that’s just for fun. It’s my dirty little secret. Trust me, I’m the only woman in the world who doesn’t actually want him.

Except I’m back in the Hamptons for the first time in two years. I’m at a party, and Prince Manwhore is here as well. I tell myself that smile has no effect on me. That his ridiculous charisma is a parlor trick I see right through.

After our one night together, no one knows that I succumbed.

It doesn’t matter. It meant nothing.

Not until I see those two pink lines.

Review: What a rush this book was! At first I thought maybe it was going to be a simple cheesy romance, but then it delivered the first blow and then I couldn’t stop reading. This book had me hooked and now I’m totally, helplessly addicted to Prince Liam. Lucy’s descriptions simply don’t do the character justice, but my imagination more than makes up for it. Lucy was such a fun character! She was smart and sassy, and the sexual tension between her and Liam was insane. They couldn’t keep their hands off each other, and yet, somehow they still manage some self-control. This book was everything I wanted it to be and more! It had chemistry, mystery, action, suspense, romance, sex, lust, drama, and more. The only things I found lacking were deeper relationships with certain characters and some story lines were quickly tied up at the end without fully exploring them. I hadn’t heard of Ella James before reading this book and you bet I’m going to quickly devour the other two books in this series.